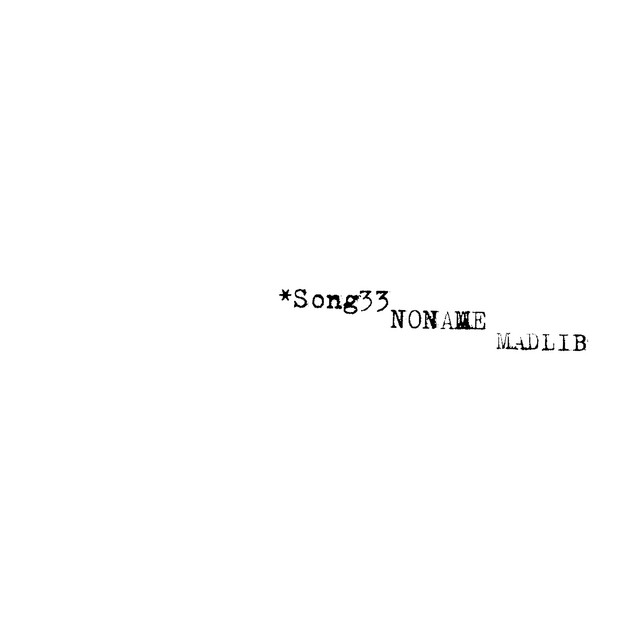 『’Noname’ released the answer song to ‘J.Cole’, named ‘Song 33’ (It seems to be included in her next album ‘Factory Baby’), Produced by ‘MADLIB’. This is a rigorous statement from one of Black Lives Matter activist who is seeking to innovate on Black Society. So check it out and see why her intentions are so stubborn. So to see what makes her to call herself ‘The New Vangard’. Let’s think together.』／

[Verse 1]
I saw a demon on my shoulder, it’s lookin’ like patriarchy
Like scrubbin’ blood off the ceiling and bleachin’ another carpet
How my house get haunted?
Why Toyin(Oluwatoyin “Toyin” Salau is one of Black Lives Matter activist, who found dead in a criminal’s house, after she accuse to him of his molested.) body don’t embody all the life she wanted?
A baby just nineteen
I know I dream all black
I seen her everything, immortalizing, tweets all caps
They say they found her dead

[Verse 2]
But ni**as in the back quiet as a church mouse
Basement studio when duty calls to get the verse out
I guess the ego hurt now
It’s time to go to work, wow, look at him go
He really ’bout to write about me when the world is in smokes?
When it’s people in trees?
When George (Floyd) was beggin’ for his mother saying he couldn’t breathe
You thought to write about me?