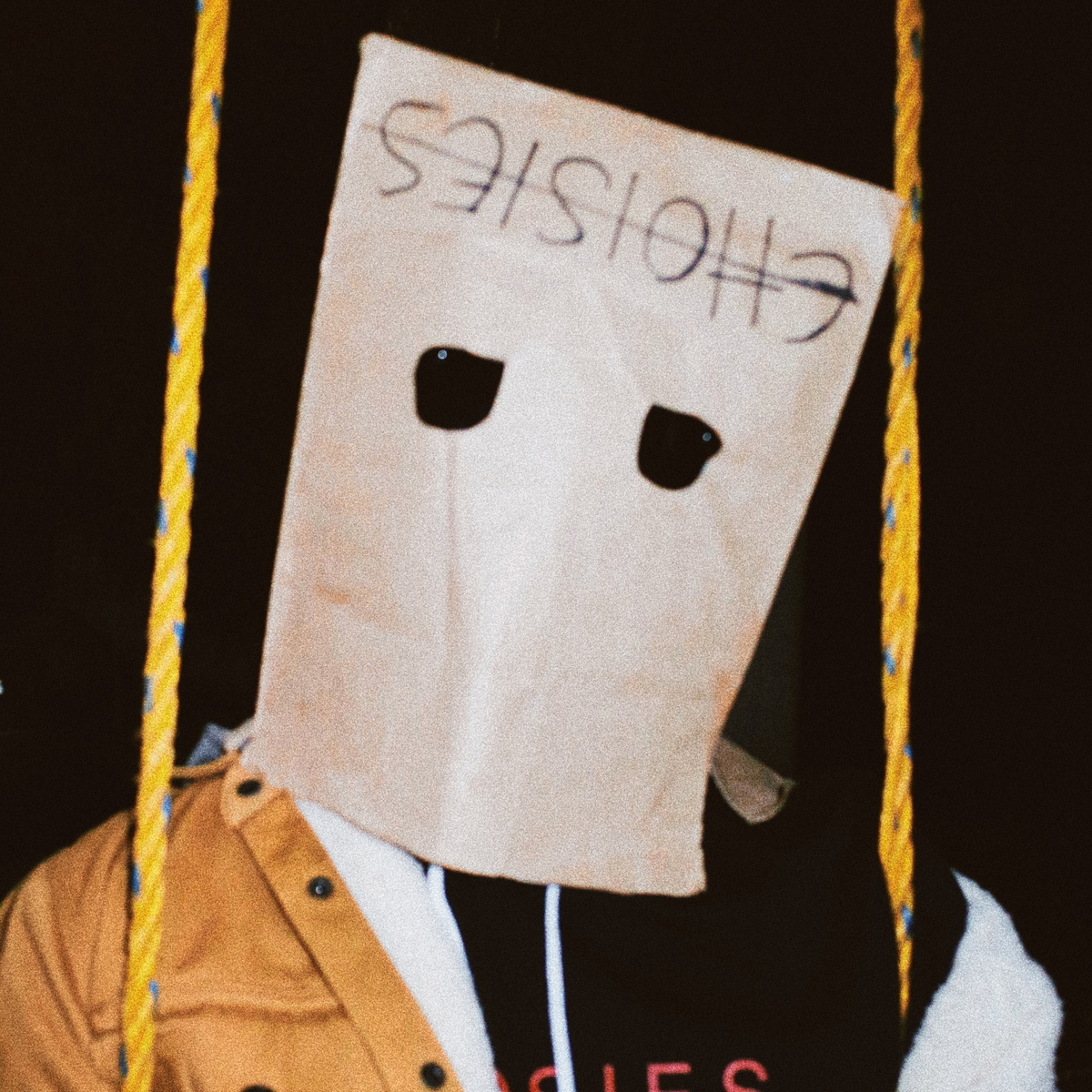 ‘C H O I S I E S’, the masked producer of Mexico, brings us a Nostalgic, Melancholic and Emotional Lo-Fi sound that seems to seep in from the gaps in our hearts. This is an interview that explores the secrets of that sound of his. It is a wonderful story of one who loves music and was saved by music.
Be sure to check it out along with his music, as it turned out to be a very interesting article. You’re not alone.

HARVEST: Could you introduce yourself?


H: Your work is truly nostalgic, melancholic and wonderfully emotional. I feel that attraction has not changed from the 1st debut single “I miss you”. That’s why I love your music. What do you value when you make music? What inspires you?

C: I really value the whole process of making a song, starting from scratch and then struggle to finish, it can be exhausting but it makes you think closely about details. I also enjoy creating a story and let everyone have their own take. I want every song to be a particular story inside a world of it’s own, I think that’s the basis of every song that exists but still, it’s something you’ll always look after.
Despite how cliché it is, music have been my inspiration, it was one of the things that made me overcome depression and for that I’m always grateful, perhaps the reason of my work being nostalgic/melancholic but I gotta say that discovering artists I’ve never heard before, (especially artists that doesn’t make the same style of music as me) just the fact of listening new sounds makes me wanna try more stuff.


H: You released 3 albums last year 2019. Everything is great, but especially “Love Letters To No One” was a really beautiful piece, like a jewelry box filled with all sorts of gems. Could you tell me about the album.

C: Thank you, now that I think about it this album I had in mind since 2016 and thankfully I’m glad I didn’t release it back then ’cause it would’ve been a mistake. It went from an EDM EP to a compilation of singles that turned into an anthology.
The concept behind it was that every song from the album would be it’s own story, it’s own love letter depending on the features, talking about several situations that can happen in a relationship so, it wouldn’t be possible without Snow, Jameson Hunt, Dhan, WORRYWORRY, Aspen Franks, heatherxtherese & of course, my best friend deaar; they were the driving force of this album and everyone had something to tell.
Even though I felt this was my first conceptual album, it’s been by far the most stressing & exhausting projects I have done, I was just glad it came out but damn, it did took a toll on me; at the time I was making changes in my life so that played a part of this process but it has now led me into a more relaxed environment after that which in the end, it clearly helped me.

C: Yes, back then I was fascinated by the Electronic Dance Music scene & the initial EP was going to be electronic based. Some of the influences at that time were Flume, Louis The Child, Cashmere Cat, Mura Masa, Ta-Ku and many more.


H: It’s very surprising, but I feel that they have commonality. I want to listen to your EDM made with the current Lo-Fi sound. Could you tell me about your future music activities.

C: For the last couple of months I’ve been reaching out to up-and-coming artists & trying different approaches that I wouldn’t have done in the past. Also, during this span of time I have decided to release each month a single until the release of my next album, therefore, ‘crying in your sweater’ is the next of a few series of releases to follow. It includes already released “runaway”. Even though it’s a single, the song has the same message of my next project and I can’t wait to share it.


H: Are your song ‘crying in your sweater’ & ‘Runaway’ for the next album project? Could you tell me about “bobby someone” ‘HINSHI’ who featured on the singles?

C: Actually, I met bobby through discord and he was looking for someone to mix his songs and I responded, the songs “runaway” & “falling” were in development since late October, it took a while to get there but from the response of the crowd they seem to connect with him instantly and I cannot disagree, he is starting to have a voice in the community.
“HINSHI” was almost the same approach, he contacted me saying he had some songs that fit with my style and didn’t hesitate one bit. When I heard his music I was shocked because we have this guy who could be the next face of the lo-fi community but doesn’t have an audience to showcase and I just needed to work with him and expose his work a little bit more because he deserves it.
That’s how we made the single “crying in your sweater” he had an idea for it and I just helped him execute it and we’re really excited to share it with everyone.
And yeah, there’s still more songs to come with these artists.

C: Hey everyone, I just wanna say thank you for listening to my work, it’s a bit surreal for me since I initially started to make songs as a therapeutic process for me and seeing that people have related to it has been so meaningful to me, there are no words to describe. Just remember that even though my songs can be a tad blue, I want you to know that you’re not alone and whenever you listen to any of my songs I hope it makes you feel better.